New stage of the railway carriage of oil 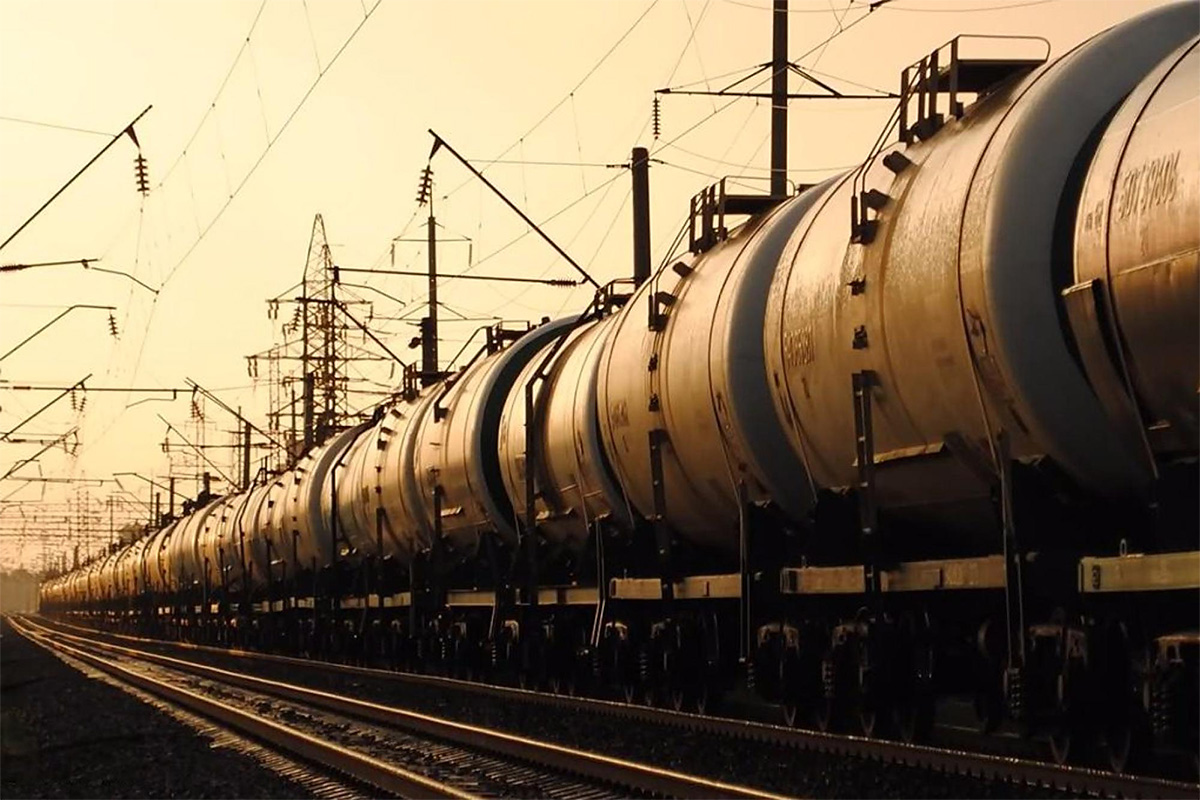 On 18 December, 2012, the Federal Tariff Service issued Ordinance N 398.t/3 g. «On Adoption of the Rules and Conditions of Application (Establish-ment, Amendment) of the Tariff Level on the Railway Cargo Transport Services within Price Brackets (the maximum and minimum levels)». The document may, and surely will, have a serious impact on the economy of many industries. Alt-hough rare specialists, including those to be affected by the changes very soon, understand this. This is the subject of our interview with Sofya Katkova, project manager at Morstroytechnology, an engineering company specializing in research and design projects in the field of maritime transport.

FTS Ordinance No. 398 is a very copious document and so complex that many logistics professionals and transport experts do not entirely understand, what precisely is taking place. Working at MST, you have an opportunity to see the whole picture. Would you explain – briefly and in an accessible manner – what is going on and what will happen to the cost of transportation?

What happened, had been maturing for a long time in the railway tariff system, as well as throughout the Russian Railways (RZD) and within the economic system. Public subsidies to this branch have shrunk so much that RZD are unable to develop the infrastructure needed to accommodate the growing cargo volumes. A critical moment arrived, when the issue of targeted developments had to be solved.

Regulation 398 brings in a revolutionary standard – namely, the permission to partner with private companies in order to increase the throughput capacity of railway directions and lines. This is a major step forward. In other words, the document sets the rules for investing in individual facilities of the railway infrastructure, access to which had been restricted to investors and freight shippers. Furthermore, the Regulation contains some other progressive elements: it stimulates modernization of the rolling stock and implementation of modern technologies and it repeals the differentiation of the empty mileage by cargo classes. Yet, it will produce some adverse effects, too. Firstly: all progressive developments will be affected at the expense of shippers’, mainly – of those shipping expensive cargo – oil processing and petrochemical industry products, in particular. Prices will rise on popular directions leading to seaports, used by exporters (although, if roads’ throughput capacities will be increased as a result, the effect can be considered super-positive). Domestic market prices of oil products will grow owing to the almost formulary nature of the fuel component in the railway tariff price. And last, but not least, the most unpleasant aspect: railway transportation prices will be very unstable and will have to be forecasted and monitored all the time.

Talking about costly cargo, you mentioned oil products. Why?

The reason behind the State’s concern for the oil industry is explicable. Prior to joining the WTO, tariffs for all directions had to be equalized. This problem has remained unsolved for oil cargoes, while namely this group is one of the main sources of income, its volume accounts for no more than one fourth of total shipments, however. Therefore, it is necessary to increase the overall tariff level, so as not to lose the financial balance. The Ordinance provides for a method of binding to the price of the cargo being transported by railway, whereas this rule entirely contradicts the basic principle of a robust transport system, where tariffs should be built upon costs with the value added by the service quality. In Eu-rope, the difference between various tariff classes ranges from 10 to 30%, while our spread was even greater before and now the gap is going to be really huge. 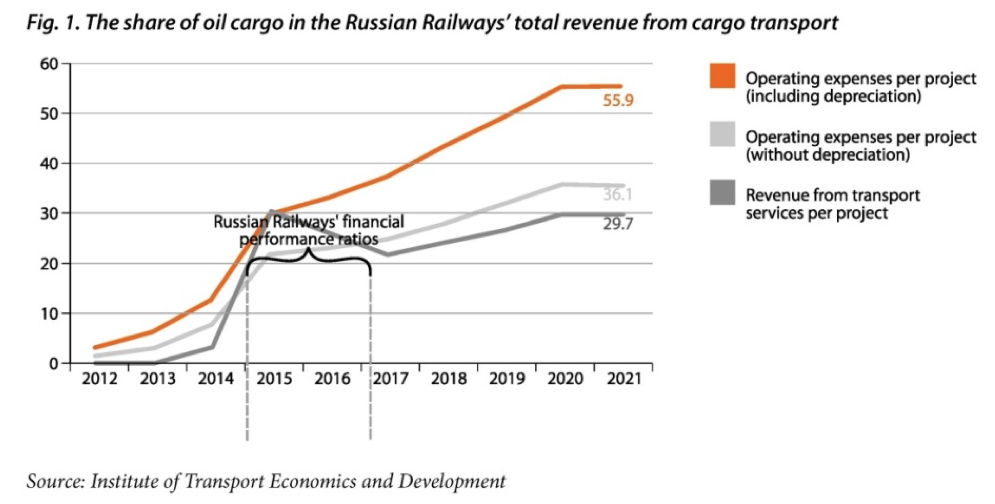 The price for transporting a tonne of any cargo has always been higher than that of carrying the same volume of coal. But instead of simplifying the tariff system and shifting to a system of greater «proximity» between tariffs for various cargo classes, we have deepened both the crisis and the tariff gaps between cargo classes.

Does this mean that what is nicely termed as «deregulation» will lead to nothing more than greater losses?

No, no such explicit statement can be made here. For most cargo types – this simply is not true. But in the case of the expensive cargo sector – and the oil segment clearly belongs to this category – the right to raise transport tariffs so as to follow the changes in market prices has been given. Admittedly, the regulations impose a great many restrictions, including a process of corrections, but the essence remains unchanged: any price jumps on the fuel market will be «reflected» in the railway tariff for bulk liquids. Consequently, some portion of the margin will escape to the Russian Railways’ system.

What other effects on the economy can be foreseen?

Besides the «stratification» by cargo categories, territorial and directional differentiation is envisaged. This means that the principle of a «common, aver-age, network tariff» for the railway will gradually die out. I will put this more clearly: if previously it was unimportant where a tonne would be transported within the railway system, now this “stratification” will be added too: for example, on the Sverdlovskaya or Kemerovskaya railway line tariffs will be higher. If cargo is bound for the Far East, more has to be paid. These can be referred to as extra charges: an extra charge for a popular direction, or for an option to carry the cargo away from the shipping railway. To all this, the need to follow carefully the fuel component of the railway tariff price should be added.

You have already mentioned the WTO. Clearly, although the process of preparations to Russia’s accession to the organization has taken 18 years, a lot of unexpected is waiting ahead. What is going to happen to the Russian Railways?

For the railways, a new era is approaching: a shift from the monopolistic model to a market one will most probably take place upon accession to the WTO. In the new period, the market will burst in so forcefully that the effects are very hard to foresee. There are many niches here «open» to European companies to break into the market of railway services.

What scenarios can be forecasted for the oil extraction and oil processing industries?

Until the current reform, the railway tariff was a sort of constant, a baseline and stable value which provided a basis for all the interconnected systems setting up their pricelists. For example, river companies took a competitor railway connection as a basis, while sea terminals “pulled” their prices up to the level of transport losses on the connection towards their competitor terminal. Hence, now, when what used to be firm and stable, has gained high volatility, exporters will be facing more nervous circumstances in the transport sector – not only in its railway segment, but in the maritime and the river one as well.

So, what should cargo owners, investors, and company boards do? Regardless of how unpredictable the world will be, decisions affecting the future need to be made today.

I will revert to the tariff system and Ordinance 398. It should be one of the important goals of the Russian Railways’ tariff to make the tariffs more transparent and clear to their customers by reducing the number of coefficients and adjustments, simplifying tariff calculators. But at present we have encountered a new turn complicating these calculations. Now, all the inputs need to be monitored for their compliance with the Ordinance provisions and for validity. And, what is most important, forecasts covering a period of one month at least are required. This should be a principle, so as to make the forecast reliable. The problem here is that each industry can see its own yard only, while nobody is able to view the big picture or to make a projection of the changes onto all of the railway carriage – except for the Russian Railways, but even this is not the case. In 2012, Morstroytechnology’s experience in the freight flow analysis included projects for various customers from the oil sector and enabled us to develop a 2012 logistics price model for oil cargo export, so we are ready for our part. Are you?