Where are new terminals needed? 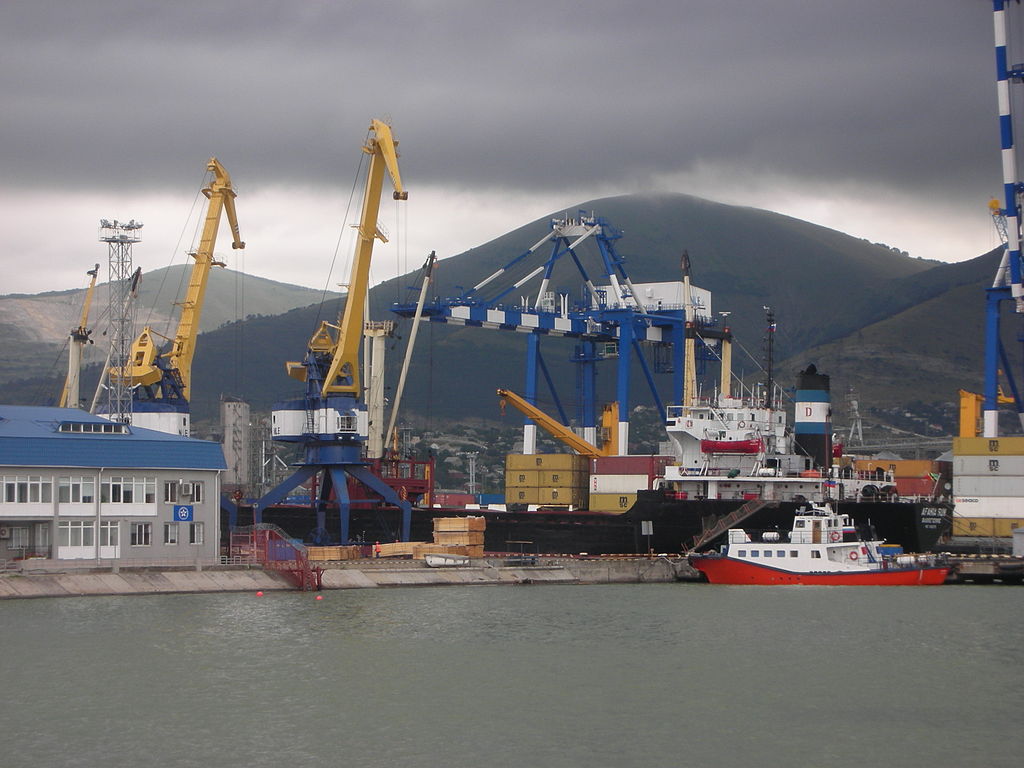 The growing export of Russian coal is impeded by the deficit of port cargo handling capacities on the most demanded directions. At the same time, the intensity of investments in terminal infrastructure depends on a variety of factors, some of which are extremely important, while not obvious without a deep, professional analysis.

According to data from the Russian Federation’s Ministry of Energy, in 2012 exports of coal from Russia increased by nearly 20%, i.e. up to 125.2 million tonnes. This growth reflects a long-term tendency as from 2001 through 2012 the volume of exports almost tripled (from 43.2 mln tn). The fall in coal prices on the global market is playing its role here, too. Compared to gas, coal has become cheaper for the Europeans and, as a result, imports of coal have grown in the EU despite the economic decline. The European direction is receiving nearly two thirds of the coal exports volume today.

Countries showing a preference towards sea transportation, such as China, Great Britain, Japan, Korea and Turkey, are prevailing among the Russian export directions. Within the last seven years (2006-12), the share of seaborne exports has grown from 87% to 93%. About one fourth of the sea exports (26%) are via ports of the Baltic States and Ukraine. As for Russian ports, it keeps growing – from 57% in 2006 up to 75% in 2012.

The growth in coal handling volume in the Russian ports is primarily due to the Pacific Basin. For ports in the Far East, coal is one of the main streams of cargo to the same degree as oil and gas. Over the period 2002-12, the throughput of coal increased 2.7 times. Its share in the total cargo handling volume grew from 25% to 33%. This is not a coincidence, as Japan, Korea, China and India – the world’s major users of coal – are located in the East, and the main growth of the global market is expected namely in the Asia-Pacific region. In the years 2003-08 the average annual growth in coal turnover was 8% in the Pacific Basin. However, since 2008 it reached 22%. In terms of absolute numbers, ports in the Far East are witnessing the most significant growth; in 2012 the volume of coal handled there was 6.3 mln tn more (+16%) than in the previous year.

Nevertheless, the European direction is playing a dominant role in terms of export volumes, and infrastructural development is no less intense here. Such northern ports as Murmansk, Arkhangelsk and Kandalaksha are channels for sea export, along with – certainly – Baltic ports.

On the Western shore of Kola Bay, a coal terminal is under construction in Lavna (a design capacity of 18 mln tn). The company is ready to commence the construction of a port complex and to design a non-public railway track. All of the required permits have already been obtained and the project execution stage should begin in 2013.

Despite this, re-development of the 1st cargo area will allow for the capacity of the sea trade port of Murmansk to be increased by an additional 6 mln tn.

Are any new terminals needed?

According to experts, insufficient infrastructure is the only barrier to growth for the cargo stream towards the Baltic region and its development is accompanied by a proportional increase in freight traffic. But how can one find out, if any deficit in port capacities exists?

Sergei Semenov, Development Director at Morstroytechnology Ltd., an engineering company specializing in sea transport research and development, says: “The classic approach is based on the balance of demand (freight traffic) and supply (terminals’ throughput capacity). This approach is successfully applied in analyses of other markets, such as the market for oil products or mineral fertilizers.” He adds that in case of coal exports no such analysis will work since some 50% of coal is reloaded in multipurpose terminals, while the very concept of throughput capacity is a matter of convention and depends on railway transport’s regularity, frequency of port calls and other factors. “To determine, whether a new terminal is needed, a multi-factor analysis has to be taken, integrating familiarity with the current and planned project’s technology with knowledge of the market situation,” he concludes. Morstroytechnology proves that load distribution among Baltic terminals is uneven and no capacity reserves can be found for the directions in greatest demand.

The coal-handling facilities of the Baltic ports are represented by three types of terminals. The first type represents dedicated terminals using conveyor equipment for coal handling. There are three of these in the Baltic Sea region with total throughput capacity reaching 25.5 mln tn. These terminals are handling 44% of Russian coal transported via the Baltic. In two of them, throughput capacity utilization is close to the maximum level: Rosterminalugol in Ust-Luga is operating at 98% of its designed capacity, and the Baltic Coal Terminal in Ventspils at 80%. As an exception, the third terminal – Estonian Coal Terminal in Tallinn – recorded almost no coal operations in 2012. In the case of other sea basins, dedicated coal terminals are demonstrating similar performance indicators.

The second type is commercially  specialized terminals – using all-purpose bulk-handling cranes with grabs, but handling mainly coal. This category includes seven terminals with a total throughput capacity close to 36 mln tn. More than half of Russian coal transported via the BSR is handled here (55%). On average, these terminals are working at 70% of their throughput capacities, with Riga Central Terminal recording the highest rate at 90% capacity utilization.

The last category includes multi-purpose terminals – using universal cranes for handling various types of cargo; in fact, this type encompasses almost all multi-purpose cargo handling capacities in the Baltic Sea ports. Its share in the volume of Russian coal transported via the Baltic falls below 1%.

Hence, there are almost no throughput capacity reserves in the dedicated coal terminals (with some exceptions), whereas in the group of commercially specialised facilities, the reserves are strongly limited and can be re-oriented towards other cargo types.

In 2012, the Baltic Coal Terminal’s cargo turnover reached 4.8 mln tn. Zarechnaya Coal Company (Kemerovo) – the shipper, investor and owner – is planning to increase the terminal’s current capacity of 6 mln tn up to 10.5 in 2014.

It is a common tendency in the development of coal terminals, whether Baltic or other, to increase the size of the vessels calling at the ports. The use of larger ships allows for broader market expansion of Russian coal in Europe, mainly onto Great Britain and the Atlantic ports of Spain. Therefore, major terminals exporting Russian coal are undertaking dredging projects or other initiatives (e.g. loading part of the cargo at the anchorage ) to be able to receive Panamax vessels.

Following completion of the Ust-Luga port channel dredging to a depth of 16 m, the coal terminal here receives vessels with a draft up to 14 m. In 2012, the maximum tonnage of a ship loaded here was 104 thou. tonnes. By being able to receive larger vessels, the terminal has increased its turnover capacity.

The Multipurpose Reloading Complex at the Port of Ust-Luga is already handling the Siberian Coal Energy Company’s (SUEK) cargo and is planning expansion of its terminal as well as increasing its capacity up to 5.5 mln tn. SUEK is being mentioned among potential investors for those parts of the Ust-Luga’s Northern area where no specific list of investors has been announced so far.

As a result of dredging at the Port of Vysotsk, the mark here has been increased to 12.7 m (vessel draft – 11.9 m) and the approach channel has been widened. With these improvements, vessels with a deadweight of up to 80 thou. tn can be received here, although cargo has to be partly loaded at the anchorage.

Following modernization and development of the Baltic coal-handling terminals, the throughput capacity may grow by 11 mln tn after 2015.

A few words about railways

Railway transport capacity & costs are two crucial factors which determine the competitive ability of terminals. According to data published by the Russian Railways, such projects as construction of the Losevo-Kamennogorsk line (to be completed in 2013), reconstruction of the Mga-Gatchina-Veymarn-Ivangorod section and railway access to ports on the southern coast of the Gulf of Finland, are key to strengthening the railway accessibility to the Russian Baltic ports. They are also attractive enough to investors to be given priority in the company’s development plans.

After that these unified tariffs should be leveled out with tariffs of the third parties within WTO.

But, this is a long-term and very complex process. Tariffs need to be differentiated by cargo types and thereafter unified.

Recently, as an element of the transport industry’s reform and reduction of the financial support to the railway, the Federal Tariff Service issued a new regulation «On Price Corridors», where it deregulates tariff relations with the railway transport users. The regulation provides for Russian Railways to be able to initiate tariff changes (rises) subject to a number of restrictions specified by the Federal Tariff Service. The Russian Railways may adjust the tariff level according to infrastructural limitations in order to control the flow of freight.

«All of the reformers, including ideologists of the Russian Railways’ new tariff scheme, are intending for the best, but the actual cost of supporting development of the weakest links will be transferred onto the shippers, either as higher tariffs, or in the form of an investment agreement with the Russian Railways. On the other hand, there is a positive aspect in the whole idea, too; a legal basis for private participation in railway projects is being established», comments Sergei Semenov on the forthcoming changes.

Even if the current process does not affect the cost of coal transport directly, it will result in a high volatility of the transport market and in redistribution of the freight flows all over the railway system. As a consequence, the load on each individual section of the network may change.